A most successful demonstration was held in the Brompton Oratory Hall by two of our very talented members – Gaye Henson and Sue Pryke. They were taking the Ikenobo School from its early beginnings to the present day. Sue began with an early Ikenobo style. Then Sue had an illustration of the details of the making of a rikka and the elements it contained which was very enlightening. Earlier Sue and Gaye had made a rikka themselves which was very beautiful. It is the style that is for many people Ikenobo.

Next Gaye and Sue made arrangements in the more modern developments of style.

Congratulations to our members making their first demonstration to I.I. London Chapter 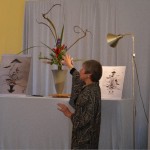 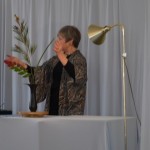 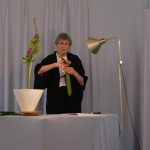 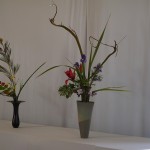 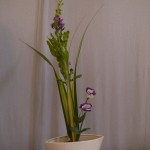 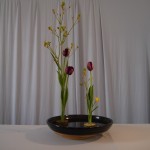